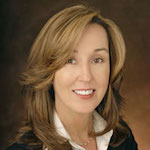 Power, an industry veteran and executive with a wide-ranging knowledge of sports television start-ups, has extensive experience in operations, production planning, and administration. An integral part to CBS Sports Network’s growth and success since its inception, Power helped launch the independent network (then CSTV), which debuted in April 2003 and was acquired by CBS in January 2006. She also helped establish and launch the network’s VOD product. Under her direction, CBS Sports Network has grown into a multi-media leader in the industry, which is available to over 95 million households.

Power came to CBS Sports Network from Major League Baseball Productions, where she was VP of operations. In that role, she managed the day-to-day operations of the production unit, served as the operations liaison with all 30 MLB teams, managed the footage and licensing department, and oversaw the build out of MLB Production’s 25,000 square-foot, multi-level production facility in Chelsea Market in New York City.

Prior to that, Power was VP of operations for Classic Sports Network (ESPN Classic). As the first employee hired in the Operations department, she was responsible for building the Operations and Engineering department that launched Classic Sports Network. Power also worked at Showtime Networks as a production manager in operations and at NBC Sports. In addition, she served as a production manager for a variety of major events including the XXVI Olympic Summer Games in Atlanta, GA; the Three Tenors in Concert in Los Angeles, CA; and Pavarotti in the Park, in Central Park in New York City.

Power is an executive board member of the Sports Video Group and is a member of the National Association of Professional Women. She graduated from Farmingdale State College with a B.A. in business management. 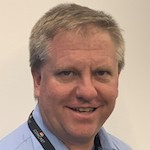 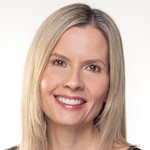