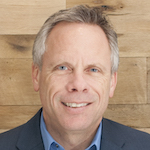 Todd Mason started in television at the age of 15, running cameras at his family’s church. That experience helped inspire a love for broadcasting and an award-winning career that now spans more than three decades.

Mason’s unique skillset allows him to bring a business, marketing, creative, and technical perspective to every project. He is always looking to leverage technology to produce a higher quality, more creative, and cost-effective production.

In 1994, Mason helped take the film industry from Steenbeck editing to non-liner systems. In 2002, he built the world’s first non-linear broadcast operation in New York. In 2018, Mason launched a full time over-the-top (“OTT”) network for America’s top brokerage and investment firm. In 2021, he created the world’s first major REMI Broadcast Hub that promotes centralized technology and decentralized staffing. While many in the broadcast industry struggled during the COVID-19 pandemic, Mason helped BMG pivot and become a leader in REMI workflow production.

Mason is a sought-after live broadcast director for a range of productions, including music, news and entertainment, series, and specials. He recently directed the United Nation’s 2.5-hour global Women’s Day celebration, a number of The Atlantic’s virtual events, IMDb’s live post-Emmy and Live Oscar shows, and three days of live 90-minute shows at SXSW for Mashable/Twitter, as well as several live broadcasts for truTV’s Impractical Jokers at Comic-Con.

Mason keeps BMG active on the global stage, collaborating with both domestic and international partners. BMG works with companies interested in producing shows for the North American market, as well as with American companies creating content for international markets. BMG was recently brought in to consult with and build-out a network television facility in Karachi, Pakistan. No place is too far away for Mason and his team. He has built an impressive senior and middle management team of broadcast industry leaders who take ownership in their areas of responsibility.

Mason feels right at home among other country’s cultures, and his design and installation teams consistently and successfully complete each mission. He brings his vast experience, having worked as showrunner, director, EIC, and executive producer, to BMG. BMG currently produces more than 70 hours per week of live broadcasts. Mason’s extensive experience makes him a valuable member of any production team.